In Lehigh Acres, the smoke could be seen from miles away when Stan’s Coffee went up in flames. A year later, we spoke with the owners of the distribution company to see where they are today. The damage from the fire destroyed everything inside the 35,000 square foot warehouse – thousands of grocery items. But just because everything was lost doesn’t mean business stopped. Now a year later, Stan’s Coffee is still working hard to put the pieces back together. Matt Smith, Vice President of Stan’s Coffee, lost everything when the home to the coffee distributor was destroyed in a fire. “Not a bag to sell, a rack filled not a bottle,” he said. But now, bags of coffee and bottles of product are plentiful. “Things have been progressing and we really haven’t lost a beat to the fire and what we have done,” Smith said. The fire broke out on Sunday, July 10. Smith had a temporary building secured just three days later. Employees were shipping orders out to local restaurants and stores the next day. “It was really nice to go back and go back that fast,” Smith said. And just as quickly as orders were shipped out, the warehouse is being rebuilt back in the same location in Lehigh Acres. It’s the same blueprint with some minor changes after firefighters ruled it accidental – caused by an electrical spark. “More policies in place as far as configuration of electrics near our racking,” Smith said. He says they didn’t lose any customers and no employees lost their job. In fact, he said, they actually added to their product line. “We are doing special coffees that are origin specific and blends from around the world that not everyone offers,” he said. The owners say their new permanent facility should open at the end of September. They will also have a grand re-opening for all of their customers.

Stan’s Coffee is dedicated to giving you the best customer service in the business. We presently service accounts throughout Lee, Collier, Charlotte, Sarasota and Manattee counties. We look forward to servicing your business! To get started, call us today at (239) 369-5200 or toll free at (800) 330-5282.
Scroll to top
Shop Online 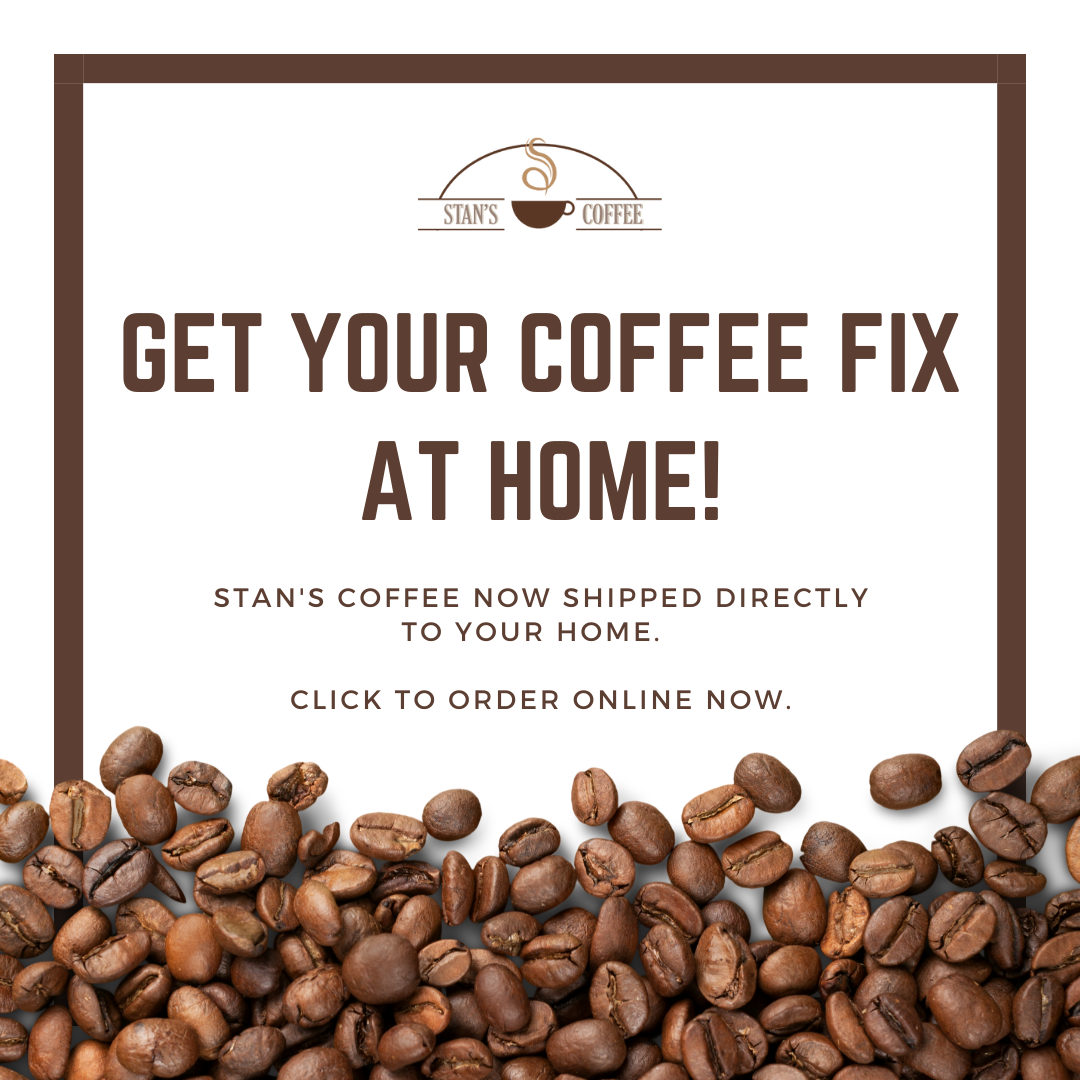